(c) Pending Sentencing or Appeal. The provisions of 18 U.S.C. §3143 govern release pending sentencing or appeal. The burden of establishing that the defendant will not flee or pose a danger to any other person or to the community rests with the defendant.

(e) Surety. The court must not approve a bond unless any surety appears to be qualified. Every surety, except a legally approved corporate surety, must demonstrate by affidavit that its assets are adequate. The court may require the affidavit to describe the following:

(1) the property that the surety proposes to use as security;

(2) any encumbrance on that property;

(3) the number and amount of any other undischarged bonds and bail undertakings the surety has issued; and

(4) any other liability of the surety.

(1) Declaration. The court must declare the bail forfeited if a condition of the bond is breached.

(2) Setting Aside. The court may set aside in whole or in part a bail forfeiture upon any condition the court may impose if:

(A) the surety later surrenders into custody the person released on the surety’s appearance bond; or

(B) it appears that justice does not require bail forfeiture.

(A) Default Judgment and Execution. If it does not set aside a bail forfeiture, the court must, upon the government’s motion, enter a default judgment.

(C) Motion to Enforce. The court may, upon the government’s motion, enforce the surety’s liability without an independent action. The government must serve any motion, and notice as the court prescribes, on the district clerk. If so served, the clerk must promptly mail a copy to the surety at its last known address.

(1) In General. To eliminate unnecessary detention, the court must supervise the detention within the district of any defendants awaiting trial and of any persons held as material witnesses.

(2) Reports. An attorney for the government must report biweekly to the court, listing each material witness held in custody for more than 10 days pending indictment, arraignment, or trial. For each material witness listed in the report, an attorney for the government must state why the witness should not be released with or without a deposition being taken under Rule 15(a).

(2) Sanctions for Not Producing a Statement. If a party disobeys a Rule 26.2 order to produce a witness’s statement, the court must not consider that witness’s testimony at the detention hearing. 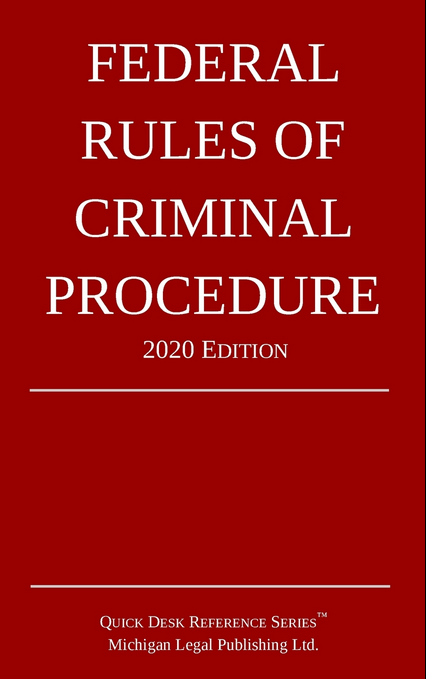 Purchase the print edition of the
2020 Federal Rules of Criminal Procedure
for $12.50.